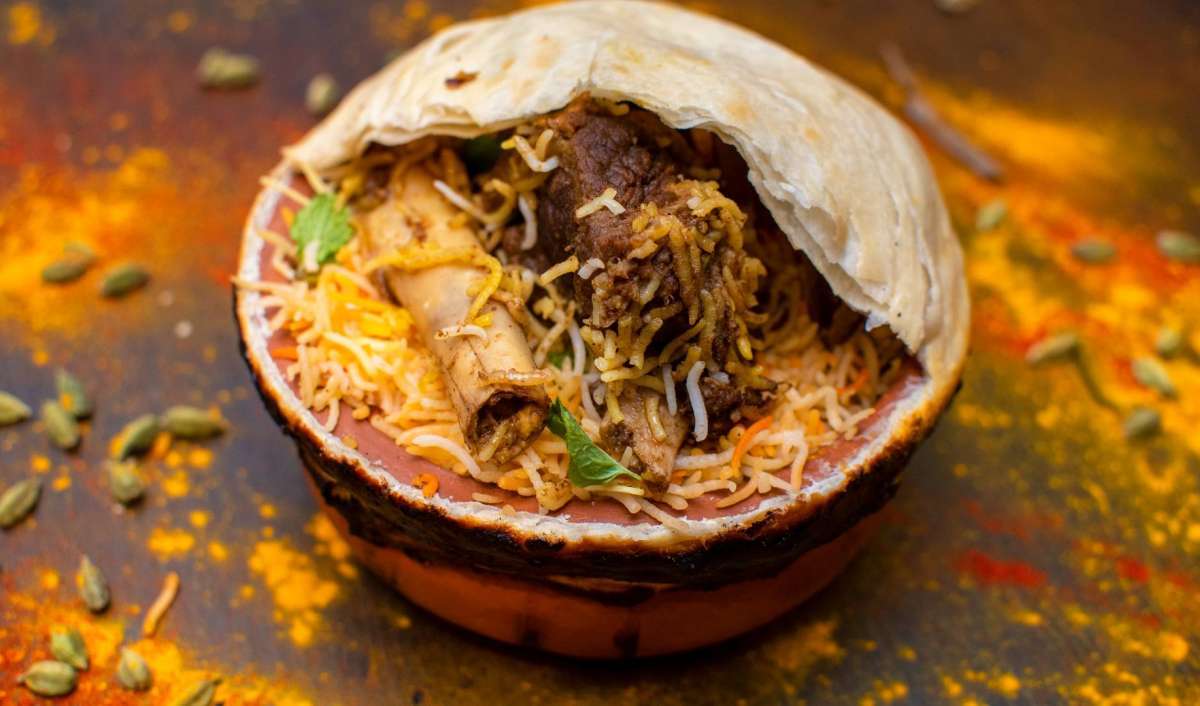 A Brief Introduction to Indian dishes

Indian dishes are has a wide range of food on the list. Here, we have shortlisted the few best Indian foods that you must try at your nearby Indian restaurants.

Indian food is known across the world for its delicious taste and spicy aroma. Indian foods are from multiple regional cuisines. Indian cuisine is majorly categorised into North Indian food and South Indian Food.

Many Indian dishes have got international recognition and Many have got a place on many international Menus. British National dish “Chicken Tikka Masala“ is also an Indian food. Indian restaurants are popular around the entire world.

Internationally acclaimed Famous Indian food from Punjab Cuisine. The Indian food list is incomplete without butter chicken. Butter chicken is a popular Indian dish. you can it as a synonym for Punjab.

This lip-smacking and Mouthwatering dish is prepared with Pieces of tandoori chicken and tomato-based thick gravy, spicy, creamy curry. It is also known as Chicken Makhani.

This Indian dish is very common in every Indian event, celebration, and function. Many International restaurants have included this food on their menu. it is the most popular Indian food in the world.

Tandoori Chicken is another popular Indian food. Tandoori is a unique style of cooking. That is done in a Special clay oven that is called Tandoor.

Skinless legs and Thighs of chicken are cooked at a high temperature inside the tandoor with the help of Skewers. Before cooking chicken is marinated with Yogurt and other Spices. This delicious Roasted Chicken dish has recognition at the international level.

Tandoori chicken is eaten as Starter, Appetizer, or Main course. This Popular Indian food is from Punjab Cuisine.

This delicious dish is a national dish of Britain. Chicken Tikka masala is Curry based chicken dish. Tikka is cooked with Special Spices. Chicken tikka is a roasted piece of boneless chicken.

That is after marinating with spices, prepared with other ingredients, and creamy gravy. you can find many variations in the gravy. Chicken Tikka is also a very popular dish in India. This dish belongs to Punjab Cuisine.

Biryani is a Special rice-based Dish from Indian Food. The dish originated among Muslims. In the Biryani dish, Rice is cooked with Meat, Fish, Eggs, and with Other Indian Spices.

Biryani is available in Veg and Non-veg versions. Biryani is a Royal dish. This Royal Dish is famous throughout the entire Country. Biryani has a Special Place in all functions, Events, and Festivals. In India, you will find many varieties of Biryani like-

Biryani is Mostly served with Curd or Raita and Special Non-veg Curry.

This famous food of India Originated from the Awadhi kitchen of Uttar Pradesh. It is one of the royal dishes of Nawabs. This is slow-cooked meat stew dish. For this dish mainly shank and Bone marrow of Lamb, goat, or beef are used. Nihari is also a very popular dish in Pakistan.

Meat is cooked with various Indian spices. Easily available in authentic Non-Vegetarian Restaurants in India. Nihari is the Traditional food of Muslims in India. It was made to eat as breakfast by Mughal Empire.

Kebab is a Very Famous North Indian dish. This Popular dish originated in Lucknow. Kebab means grilled meat. There are many variations in kebabs. if you are finding Mughlai cuisine dishes. this is for you.

Royal Indian food from Kashmir. This delicious food of Kashmir is one of the most famous dishes in India. Must try the Kashmir-style mutton recipe.

It is a non-vegetarian Indian dish from Rajasthan. Mutton/ Lamb is prepared with thick white gravy. This mouth-licking dish deserves a try.

Famous Indian Non-veg food. A Mutton delicacy from West Bengal cuisine. The Meaning is Kosha is “Bhuna”. This is iconic Mutton carrying food from Bengal. Also known as Mutton Kasha.

In Gujrat, this dish is popular among Parsi families. Fish is prepared with banana leaves. A unique style of cooking brings amazing taste to this Gujarati food.

This is Famous Non-Vegetarian Food from Himachal Pradesh. Trout is a type of River Fish the Very Popular in the Kullu Region. A must-Try dish for Every fish Lover.

Beef-based Indian dish from Kerala Cuisine. This is one of the dishes based on Beef. It is served with Indian flatbread (Paratha). Available at Kerala cuisine-based Indian restaurants.

Another Mouth-watering Indian chicken dish from Tamil cuisine. It is Tamil style to make the chicken recipe. The food is one of the most popular Indian food.

It is a Fish based non-vegetarian dish from India. This Indian curry dish is from Andhra Pradesh cuisine. An exotic and delectable fish delicacy from Andhra. One of the best south Indian dishes.

Famous green-coloured Indian dish from the list of Goan food. Unique & distinct in taste. Only a few restaurants are able to provide the authentic taste of chicken Cafreal. One of the best Indian chicken dishes.

Xacuti is an Authentic Indian dish from Goan Cuisine. You can find this dish in non-veg also. Easily available in any restaurant in Goa. Served with rice or Indian flatbread (Roti).

In North Indian Cuisine many lentils based are very common. North India especially Haryana, Punjab is rich in agricultural products.

Here, you can find the production of many types of lentils. Dal Makhani is one of the famous dishes based on Black lentils or urad dal. If you go to the meaning of Dal Makhani, Dal means curry Lentils and Makhani represents Butter.

Dal Makhani is made with black lentils, kidney beans, butter, cream, and Other Indian spices.

This creamy and flavorful food is eaten hot with jeera rice and buttery Indian Bread during lunch or dinner. Dal Makhani is a traditional food of Punjab.

Rajma Chawal is Popular Indian food. Many Punjabi dishes have gained Popularity at the international level. Rajma Chawal is another dish on the list.

Rajma is a red kidney bean and Chawal means steamed cooked rice. This dish is not only very common in every household but also in the restaurant too. This tasty food is good for your health.

But before cooking rajma must be soaked in water. This thick spicey gravy dish is a rich source of protein and fibre. this exotic dish is special food for any vegetarian

Another Delicious and healthy food from Indian cuisine. Palak means spinach and Paneer is Indian cottage cheese. This Seasonal food is quite popular in North India.

It is very simple and easy to cook a vegetarian dish. Paneer is cooked with creamy and thick gravy spicey curry with Palak. Food is Mostly eaten hot with rice and Indian Bread.

Palak is a good source of Iron. Eating Palak paneer helps your body with Protein and Iron rice diet.

This rice creamy aromatic dish is very popular in India, especially among Veg Lovers. The dish is Prepared with Fresh cheese, tomatoes, cream, Saffron, Yogurt, and Other Indian spices.

During the Mughal era, the tomato was not part of the ingredient. Instead of Spicy, this dish has a mild sweetness.

Similar to Shahi paneer there is another dish Paneer Butter masala.

Malai kofta is a famous Indian dish. It is curry-based vegetarian food. Malai is Cream and Kofta is fried balls. This fried round ball is made of potato, Bottle guard, or Paneer. You will find many types of Balls.

These fried balls are cooked with spicy and cream-based gravy. Usage of cream and butter in this food gives rice taste and texture. This delicious food is eaten with jeera rice or Indian bread with butter.

This flavorful and aromatic dish is one of the best options for any Celebration and event. Malai Tikka a popular Indian food is very common at weddings and other social events in the north,

Litti Chokha is a popular dish from Bihar to Indian Cuisine. Healthy & extremely delicious. Made with Wheat flour & Chana dal. Little is a ball of wheat flour served with Chokha that mashed potato & brinjal (Roasted). The foods of Bihar are amazing and Healthy too.

Dosa is a Popular dish from south indian cuisine. It is Made with a batter of fermented rice and lentils. you can it is a thin pancake. dosa is mostly consumed as Breakfast. this dish is full of calcium and Protein. Dosa is served with coconut chutney.

Gulab jamun is indian dessert. this delicious dish belongs to Bengali Cuisine. This ball-shaped sweet dish is made with the dough of Khoya, Milk and Semolina. An extremely sweet dish is the result of soaking the fried balls in Sugar Syrup.

Indian flat Bread has many versions. Naan is one of them. It is not a complete dish. Naan is consumed with Dal or Sabzi. It is a tandoor flatbread. Mostly available in restaurants.

Samosa is a Popular snack in India. It is one of the most popular street food from South India to North India. An ultra-popular deep-fried snack recipe made with spiced potatoes and plain flour.

Types of Cuisine in Indian food –

Indian food recipes are a result of it being a multi-cultural and multi-religious society. India has 29 States& 7 Union territories in the country. Each state and Region has its unique and distinct cuisine.

Indian dishes are spicy, tangy, sweet, and savoury, in taste. Food of India has an awesome range of vegetarian and Non-vegetarian dishes. Indian Spices had always been popular all over the world.

In South Indian food ( Kerala, Tamil, Goa) usage of rice and coconuts is amazing. Rice is a staple food of India. Popular Indian Breakfasts like Dosa, Idli, Medu Vada, and Sambar are from South India

Gujarat, Odisha, and West Bengal are very Popular for their sweet dishes. Dal Bati Churma is a Popular Indian food from Rajasthan. you will get tasty snacks from Indore, Nagpur, and Gujarat.